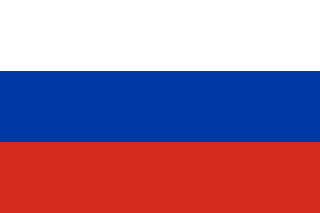 Russia is a transcontinental country encompassing Eastern Europe and North Asia. It is the largest country in the world by area, covering over 17 million square kilometers and covering more than one-eighth of the earth's inhabited area. Russia stretches across eleven time zones and has the most significant number of borders of any country in the world, with sixteen sovereign states. Population - 146.2 million people; and is the most populous country in Europe and the ninth most populous country in the world. Moscow, the capital, is the largest city in Europe, and St. Petersburg is the country's second largest city and cultural center. Russians are the largest Slavic and European nation; they speak Russian, the most spoken Slavic language and the most spoken mother tongue in Europe.

The Eastern Slavs emerged as a recognizable group in Europe between the 3rd and 8th centuries AD. The medieval state of Rus emerged in the 9th century. In 988, he adopted Orthodox Christianity from the Byzantine Empire, initiating a synthesis of Byzantine and Slavic cultures that defined Russian culture for the next millennium. Russia eventually disintegrated until it was finally reunited with the Grand Duchy of Moscow in the 15th century. By the 18th century, the country had expanded significantly through conquest, annexations and exploration and became the Russian Empire, the third largest empire in history. After the Russian Revolution, the Russian SFSR became the largest and leading constituent entity of the Soviet Union, the world's first constitutionally socialist state with a one-party system for most of its existence. The Soviet Union played a critical role in the Allies' victory in World War II and became a superpower and rival to the United States during the Cold War. The Soviet era saw some of the most significant technological advances of the 20th century, including the world's first artificial satellite and the launch of the first man into space. After the collapse of the Soviet Union in 1991, the Russian SFSR was transformed into the Russian Federation. After the constitutional crisis of 1993, a new constitution was adopted, and since then Russia has been governed as a federal semi-presidential republic. Vladimir Putin has dominated Russia's political system since 2000, and his government has been accused of authoritarianism, multiple human rights abuses and corruption.

Russia is a great power and is considered a potential superpower. It is ranked 52nd in the Human Development Index with universal health care and free university education. The Russian economy ranks eleventh in the world in terms of nominal GDP and sixth in terms of PPP. It is a recognized nuclear-weapon state with the world's largest arsenal of nuclear weapons, the world's second-most powerful military, and the fourth-most costly. Russia's vast mineral and energy resources are the largest in the world, and it is one of the world's leading producers of oil and natural gas. Permanent member of the UN Security Council, member of the G20, SCO, Council of Europe, APEC, OSCE, IIB and WTO, as well as a leading member of the CIS - CSTO. , and the EAEU. Russia also ranks ninth in terms of the number of UNESCO World Heritage Sites.

1- What is the population of Russia?

2- Who is the president of Russia?

answer: Vladimir Putin is the current president of Russia.

3- What is the area of Russia?

4- What is the official language of Russia?

answer: The official language of Russia is Russian .

5- What is the currency of Russia?

answer: The currency of Russia is Russian ruble (₽) (RUB) .

6- How much is the average salary in Russia?

7- What is the passport rank of Russia?

8- How many countries we can travel with passport of Russia without visa?

answer: You can travel to 118 countries with passport of Russia .

9- What is the phone number code of Russia?

answer: The phone number code of Russia is +7 .

10- What is internet TLD of Russia?

answer: The internet TLD of Russia is .ru

11- How many billionaires are in Russia?

12- How many millionaires are in Russia?